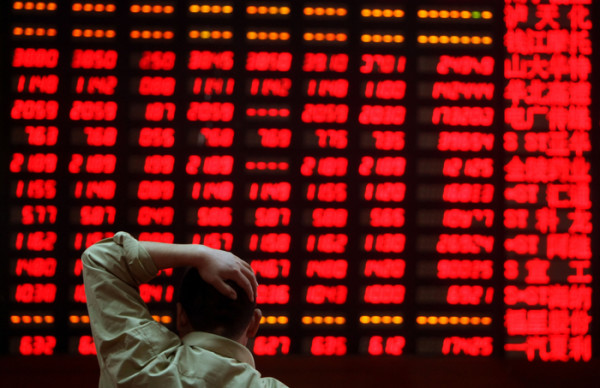 A few weeks ago I wrote about the situation in Greece (Keep the Greece Situation in Perspective).  I am getting questions now about China and my thoughts on that market.  My opinion, again, is to keep it in perspective.

More than 80% of the Chinese stock market is traded by unsophisticated individual investors (many, by some accounts, with less than a high school education).  What’s more, buying is supported by margin borrowing.  According to Forbes.com, “margin debt has grown to record levels in China and is among the highest in the world relative to market cap and is comparable to the levels seen in the US in the late 1920s.”  When the margin loans were called, stocks plunged and the burden of the majority of losses fell primarily on individual investors.  It’s not that big of a deal when the wealthiest investors lose money because they can still stay in control and manipulate policy and make their money back.  But when you have people that don’t have a lot of money or financial sophistication and they are losing all of their money in the market, those are the people that are going to get ticked off at the highest 2 or 5% in China and it is going to cause an even more volatile issue.

Another big issue in China is that authorities are manipulating an overly inflated market.  I’m not talking about rules or regulations, which are necessary, I am talking about abuses.  When the Chinese government implies that calling in a margin loan is grounds for imprisonment, there is a problem.  When investors large and small are not permitted to sell stock, there is a problem.  China is pretending that its stock markets are operating normally, they are not.  What this means for the future of the Chinese market?  I have no idea.  Don’t panic, but it is something that you should keep a cautious eye on.

What does all this mean to you and your clients’ portfolios?

My opinion on China is the same as it is for Greece, so I will simply reiterate what I said then and still believe now.  It will mean is more volatility.  You are going to see people get in and out of the market, which is what people do.  The swings are going to be more pronounced – but we’ve been seeing it since 2008, haven’t we?  Remember how we thought the world was ending when the Dow was down 250 points just recently and then, a day or two later, when the Greek deal was announced, it went up 200.  The swings are and will continue to be dramatic and, to some, scary.

In times of volatility, remember the basics: Focus on the client’s goals, time-line, risk tolerance, personal financial circumstance, and cash flow.  Assure clients that the daily direction of the markets should not dictate their investment strategy.  Remind them that emerging markets like China have always been risky and then review their portfolio with them to ensure that it is properly balanced.  Make sure they are secure for short-, mid-, and long-term needs and objectives.  That’s what it’s all about anyway, right?

There is a lot of noise out there right now.  Keep it in perspective.  I do believe the markets will be fine… until they are not.  And you can’t really trade on that.