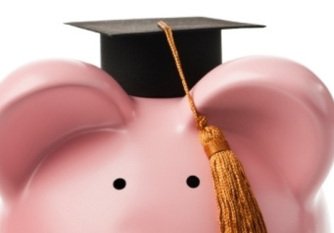 President Obama's aborted attempt to tax 529 plans may end up being a boon to the state-run college savings plans.

Widespread outrage at the proposal he floated in January - from both Democrats and Republicans - brought it down two weeks later. But all the nationwide media attention the college savings plans received gave them a much-needed boost in publicity.

Indeed, many parents don't know that the 529 college savings plans exist, which means that many families miss out on one of the best, tax-advantaged ways of encouraging education and limiting student-loan debt.

The plans allow families to invest money in tax-deferred accounts that can be used at any accredited college or university in the United States, and a few abroad.

Assets in 529 plans have grown steadily since the IRS formulated rules for them in 1996, and got a big boost five years later when Congress made distributions from the plans tax-free if used for qualified higher education expenses.

By the end of last year, more than $225 billion had been saved in about 11 million participant accounts, according to Strategic Insight, a mutual fund research company.

Still, most parents of children under 18 (56 percent) said in a Sallie Mae poll in 2014 that they hadn't heard of 529 college savings plans.

The plans try to get the word out through television commercials, social media campaigns and outreach to schools.

In Virginia, where TV ads feature a fuzzy green "tuition monster," 529 awareness is up to 69 percent of families with children under 18, said Mary Morris, chief executive of Virginia529, the nation's largest college savings plan.

"When we go into schools, even some of the first-graders know who we are," said Morris, who is also chair of the College Savings Foundation, which hosted an industry conference in Austin, Texas last week.

For many other plans, though, increasing awareness and participation is a challenge. Even offering free money may not be enough.

Maine, for example, offers a $200 bonus for opening an account, $100 for signing up for automatic deposits and a 50 percent annual match for the first $600 in 529 contributions.

Still, although the state used to offer parents of every newborn child $500 from a private scholarship fund if they opened a 529 account, only 40 percent of eligible families did, said Bruce Wagner, chief executive of Finance Authority of Maine, which oversees the plan.

So many parents "left that money on the table" that the 529 requirement was dropped last year. Now, only 12 percent to 14 percent of newborns' parents are expected to open an account, "and that's way too low," Wagner said.

While matching grants are sometimes limited to lower- and middle-income families, the state and federal tax breaks are more valuable the higher a family's tax bracket is.

That, plus certain gifting and estate-planning advantages is what led the White House to target 529s as a tax break for the rich and to try to do away with the tax-free advantages.

In the backlash, 529 advocates said that most accounts are held by those with annual incomes that are below $150,000. While they may be wealthier than families who don't have 529s, they're also less likely to get financial aid, and thus more likely to need their savings to pay for college, Morris said.

With Obama's proposal meeting such a fast end, "politicians are going to think twice about going after 529 plans ... at least in the short run," McGee said.

That still leaves plans facing what may be the biggest obstacle: Parental procrastination.

Families often focus too late on how much college will cost and how they will pay for it, said Martha Savery, spokeswoman for the Massachusetts Education Financing Authority.

"We say, 'No one can save it all, and no one should borrow it all,'" Savery told the conference in Austin. "If you don't save, the reality for you is that there'll be extensive borrowing."