A Financial Checklist for 20-Somethings 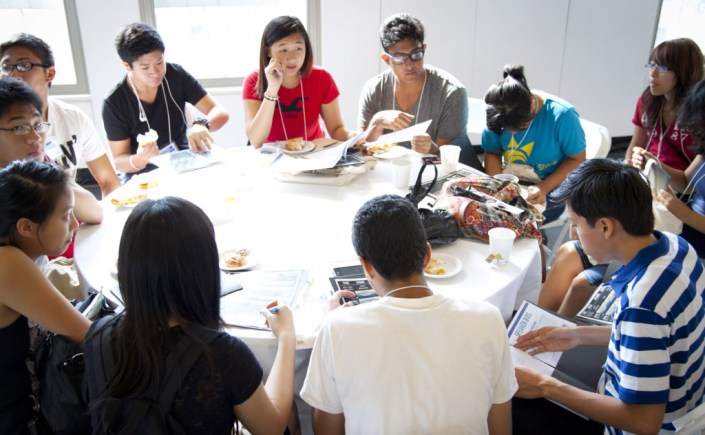 You have graduated from college and landed a job. Planning for retirement may seem like a distant concern, and paying off your debts may feel like a monumental task. But now is the time to make some crucial financial moves that could pay off handsomely in years to come.

“You need to have time work in your favor,” says Annamaria Lusardi, a professor at George Washington University who specializes in personal finance. “The trick is really to start early.”

Many young adults miss the opportunity. Less than one-fifth of workers age 21 to 24 participated in an employer-based retirement plan in 2013, the most recent year for which figures are available, according to the Employee Benefit Research Institute, an industry-funded think tank in Washington. Among workers age 25 to 34, the participation rate was just over 38%. By contrast, for workers 55 to 64, the rate was over 55%.

Establishing the saving habit can be tough. When she first started working, Ugaso Sheik-Abdi, a 29-year-old software engineer who lives in Oakland, Calif., opted not to put money into retirement plans offered by her employers.

“I was wrapped up in the small things, living paycheck to paycheck,” she says. “I could have decided not to go out as often to eat or not get coffee as much and found more ways to be frugal. I could have saved $10,000 by now.”

This year, Ms. Sheik-Abdi joined an Internet company and now contributes 2% of her pay to the firm’s 401(k) retirement-savings plan and another 1% to a Roth individual retirement account. She also made a plan to tackle her student debt. “I feel very empowered,” she says.

In many cases, the most beneficial move is to enroll in your employer’s retirement plan, to take advantage of any savings incentives. If you save just $100 a month starting at age 21, you will have $175,040 set aside by age 60, if your investments gain 6% a year.

Once you have checked off those items, you can consider whether it is possible to boost your savings and learn about simple, smart ways to invest the money.

Here is how to take the first step toward making sure you can still pay your own way 60, 70 or—if you are lucky—even 80 years from now:

Time is Money
Earning power is often limited in your 20s. You may not have enough knowledge or experience to command a large salary.

But you do have an asset your elders covet: time.

Make the most of it, even if you save only small amounts at the outset. Those savings will generate interest, and then the interest will generate more interest. The pile may grow slowly at first, but the pace will accelerate as you continue to save and the numbers get larger.

That compounding effect gives you an advantage over people who postpone saving.

If you instead procrastinated until age 41, you would need to save about $9,621 a year until age 50 to end up with the same amount of money at age 60, says Mr. Wacek, who has a number of clients in their 20s and early 30s.

Free Money
The best place to start saving for retirement is often the 401(k) plan offered by an employer.

There are a number of benefits to the plans, which are known as defined-contribution plans, including the ability to defer paying taxes on contributions and investment gains if you leave the money alone until retirement.

Many employers also offer an incentive to participate in a 401(k) plan, in the form of a matching contribution. Some financial advisers refer to the match as free money, and you should do what you can to take it.

Try to contribute whatever it takes to get the maximum match.

Say your new job pays $40,000, and your employer matches contributions dollar for dollar up to 5% of your annual salary. You set aside 5%, or $2,000, and your company tosses in another $2,000. Suddenly, you have $4,000. There are precious few opportunities in life to double your money immediately.

If you invested $2,000 in the stock market instead, it would take 12 years to double your money, assuming an annual return of 6%.

On the other hand, contributing less than it takes to get the match means leaving money on the table. Say you set aside only 2.5% of your salary, or $1,000. The company’s match, therefore, also is only $1,000.

To be sure, some employers have a 401(k) plan but don’t offer to match employee contributions. But it can still be worth putting money into the plan, because of the tax deferral and because the money comes straight out of your paycheck, which makes saving easy, financial advisers say.

Pay your Debts
Once you get free money from your employer, make sure you aren’t throwing your own money away on interest charges.

If you have taken on substantial student debt to get through college or run up a large credit-card bill while getting settled, consider tackling that next.

Paying off any high-interest debt should be a higher priority than putting additional money in your 401(k), because the costs add up quickly, says Sophia Bera, a financial adviser based in Minneapolis who works with Ms. Sheik-Abdi.

For example, it will take more than 22 years to pay off $10,000 of debt on a credit card that charges 18% annual interest, if the card requires a minimum monthly payment of 3% of the outstanding balance and you always pay that minimum, according to a calculator at Smart About Money, a website backed by the National Endowment for Financial Education, a Denver-based nonprofit. You would also pay $9,799 in interest over that period.

Also take a hard look at your student loans, which typically charge between 3% and 12% interest.

Ms. Bera says debt that costs you more than 5% a year in interest should be a priority. Anything above that level risks costing you more money in interest payments than you could make by investing spare cash, she says.

“If your loans are at 6%, I think it makes sense after getting your company match to attack your student loan debt,” Ms. Bera says.

The Next Step
Once you have paid off your debt, you can turn your attention back to saving.

If you have a 401(k) or similar defined-contribution retirement plan through an employer, you can contribute up to $18,000 a year, if you are 49 or younger.

If, on the other hand, your employer doesn’t offer a 401(k), consider opening a Roth IRA. Contributions to those accounts are in after-tax dollars. Contributions to the account can be withdrawn at any time without taxes or penalties, meaning the account can serve as an emergency fund. Meanwhile, the earnings on the investments in the account accumulate and can be withdrawn tax-free after you reach age 59½. Some companies offer Roth 401(k) plans, which also allow participants to invest after-tax dollars.

Roth IRAs can work well for young savers, who are often in lower tax brackets than they will be later in life. As a result, they pay a relatively small price in taxes now for what could be a major tax break later on.

Savers in their 20s also may be less likely to bump up against the income limits for contributing to a Roth IRA, which starts to phase in at $116,000 in adjusted gross income for single filers in most cases.

Investing 101
Whatever type of retirement plan or account you choose, you also have to decide how to invest the money.

Mr. Wacek, the financial planner, says young clients often ask how much they can expect to earn on their investments. He has to explain that typically depends on how aggressive or conservative they want to be in choosing how much to invest in stocks and bonds.

For many young investors, the best option may be a target-date fund, which is the default option in many retirement plans. That is how Ms. Sheik-Abdi’s 401(k) funds are invested.

Investors are supposed to pick a target-date fund with a date that is close to when they hope to retire. The funds typically hold a large chunk of stock when that date is many years away and gradually adjust the mix of investments to become more conservative as that date approaches.

But don’t sweat too much over whether you should be 60% in stocks or 80% in stocks when you are in your 20s—or higher or lower, for that matter. Pick something you are comfortable with and stick to it.

Still, some issues could arise that are worth keeping an eye out for. If you don’t actively choose how to invest the money in your account, some plans will put it not into a target-date fund but a money-market fund, an ultraconservative fund that may be more suitable for someone in retirement who needs the cash soon.

When choosing a fund, it is worth looking closely for those that charge lower annual fees, 0.5% of assets or less, which in many cases are passive index funds. Higher fees can significantly reduce your returns over time.

If your company offers its own stock in the 401(k) plan, be careful to keep your allocation below 10% at most, says Kevin Gahagan, a certified financial planner based in San Francisco. Otherwise, you could have too much risk concentrated in one company.

Try to focus on the long-term benefits of saving. Billy Weiss, 24, graduated from the University of Wisconsin-Lacrosse in 2013 and got his first full-time job last June, at a North Dakota nonprofit. He plans to start contributing to his employer’s Roth 401(k) in July, the next enrollment period, and expects to invest in a target-date fund.

“Having a real job and making money allows you to indulge in grown-up purchases and the freedom to enjoy life in a way you couldn’t as a poor college student, but the catch is to not be impulsive or overspend or buy things you don’t need,” he says.

“My goal is to suck it up and be really diligent about saving money now,” Mr. Weiss adds, “and over time hopefully that amounts to something good.”